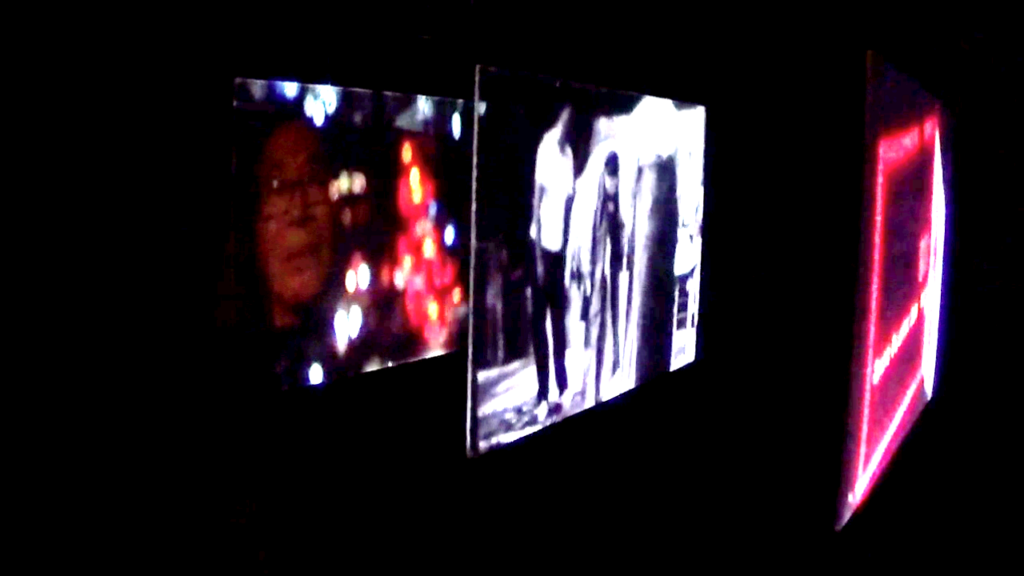 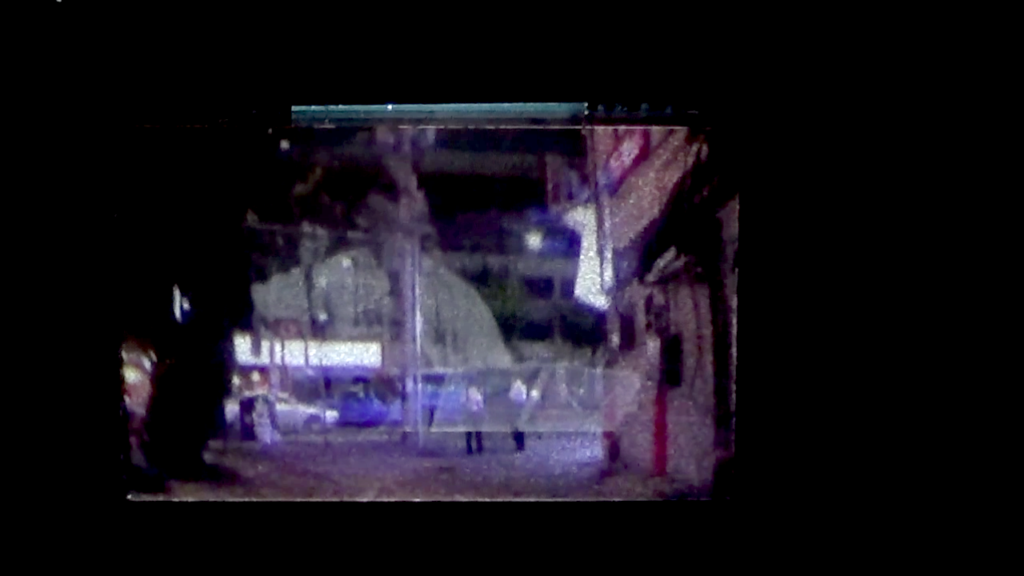 Lost Fragments of Night is a poetic documentary film that applies a new non-linear digital display that generatively selects from author-tagged shots, and renders them over four layered in physical public space. The artwork’s material is the fragmented and paradoxical images found by night in the city of Seoul, and its themes of disconnection and heterogeneity in urban public spaces resonate with the concepts of the generative editing system and multi-layered screens. The fragmented images of diverse locations, people, and objects in Seoul are distributed over layers of screens to emphasize the chaotic and simultaneous sense of fragility that still forms a whole when composed together. The generative editing system has an internal logic, but creates unfixed and constantly differing montage through its database, emphasizing the countless possibilities of coexistence and separation in a major urban complex. 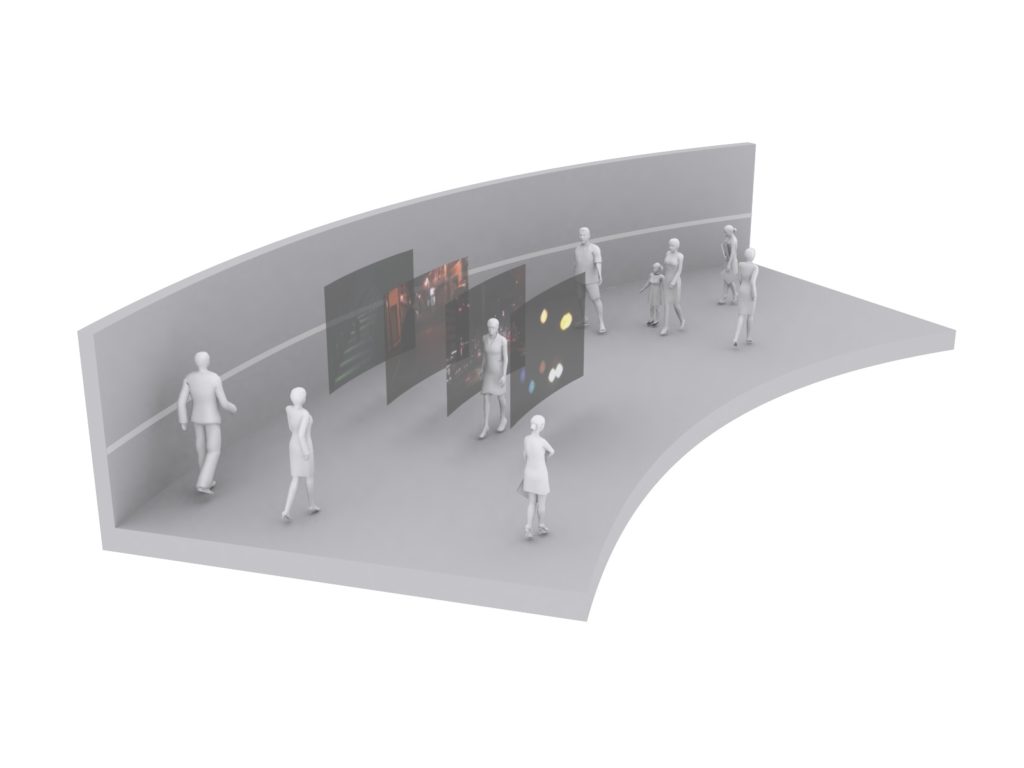 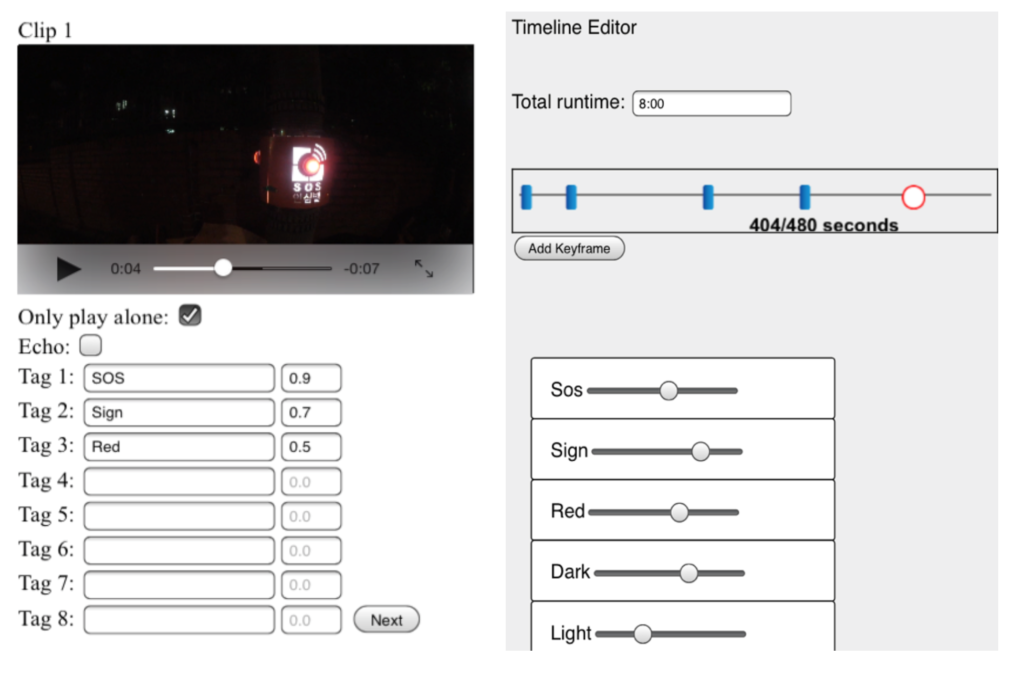 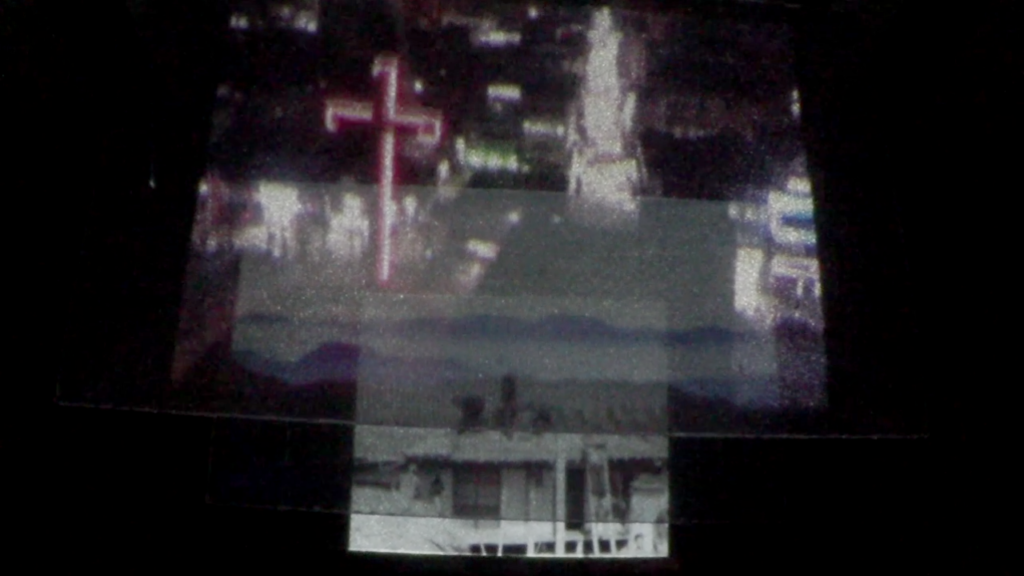 Lost fragments of Night shows fragmented and paradoxical images found by night in Seoul, a capital city full of complex phenomena, juxtaposing contradictory values and dislocated images created through an extremely compressed and uneven modernization. Often called ‘the city that never sleeps,’ Seoul epitomizes the paradoxical and chaotic coexistence of heterogeneous and fragmented images in contemporary life. The simultaneous relationship between fragmented elements in the city is related to the media requirements of the multi-layered screens and generative editing system. The separated images, which are presented over four layered screens, emphasize the paradoxical relationship between different elements with collage aesthetic effects. The tag-based generative editing system generates different montage while following its own structural logic, revealing the unfixed coexistence and separation in a metropolis caused by modernization. 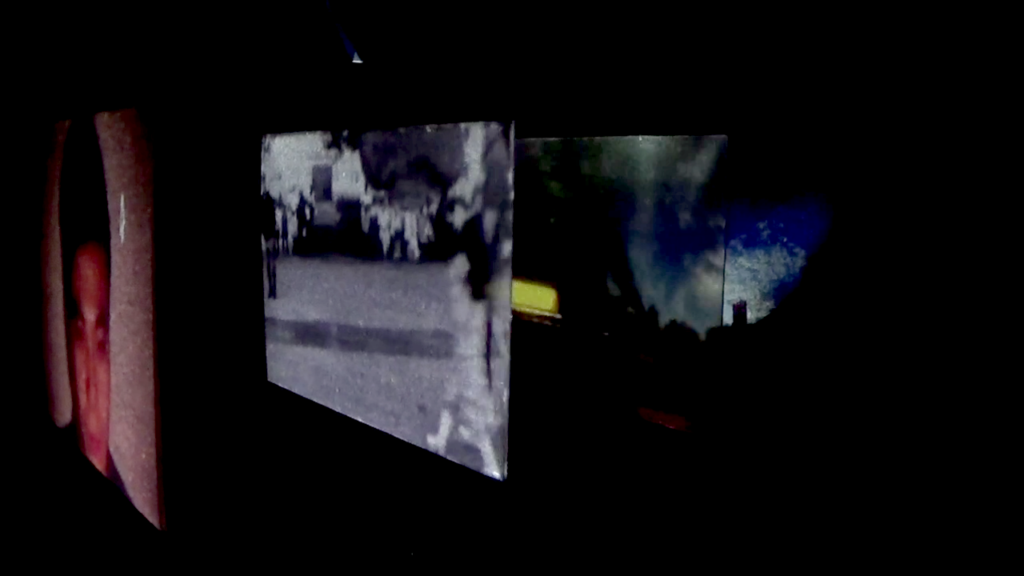 The artwork was installed at KAIST in Daejeon and presented at ISEA2014 in Dubai.