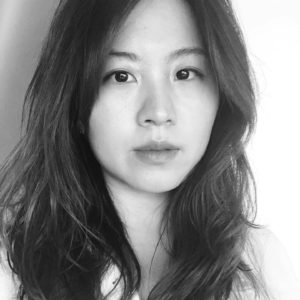 Sojung Bahng (방소정) is an award-winning multidisciplinary artist, filmmaker and researcher. She is an Assistant Professor in Media and Performance Production in the Department of Film and Media and the DAN School of Drama and Music at Queen’s University in Canada. Sojung also worked as a postdoctoral fellow and contract instructor in the media production and design program at Carleton University in Canada. Since 2015, She has been running and directing RE-NOMAD (formerly Artengine8), a multidisciplinary research and art organisation mainly based in South Korea. Sojung holds a PhD from SensiLab in the Faculty of Information Technology at Monash University in Australia, and her doctoral thesis Cinematic VR as a reflexive tool beyond empathy was awarded the 2020 Mollie Holman award for the best thesis of the year. She graduated from Korea Advanced Institute of Science and Technology (KAIST) with a master’s degree in Culture Technology and holds a BFA from Korea National University of Arts (K-Arts 한국예술종합학교), majoring in TV & Film Production and Art Theory.

Sojung explores cinematic media via digital technologies to reflect aesthetic and narrative experiences in cultural and philosophical contexts. Her works have been recognised at prestigious festivals and symposiums worldwide. For example, her interactive VR project Sleeping Eyes won the award of excellence in experience design at the Festival of International Virtual & Augmented Reality Stories. Sojung’s animated VR film Anonymous was exhibited at various film and animation festivals, including BIAF in Bucheon, TSFM in Torino, TIAF in Tbilisi and ANIMAZE in Montreal. Her 360° autobiographical documentary film Floating Walk was nominated for Social Impact Media Awards in Los Angeles, and her dance film Poetry of Separation was selected for NDC in New York. Sojung’s experimentations into expanded cinema, performance and digital storytelling were shown and presented at many international venues and academic conferences, including Heide Museum in Melbourne, Arts and Technology in Istanbul, ICLC in Barcelona, ICMC in New York and ISEA in Dubai and Montreal. She has published a number of peer-reviewed articles as the first author; all publications are internationally recognised conference proceedings and journals such as SIGCHI, ISEA, ArtsIT, HCII, TEI, ICIDS, ACM Interaction and more. Sojung also curated and directed a multidisciplinary art project called Somplexity funded by Seoul Foundation for Arts and Culture.