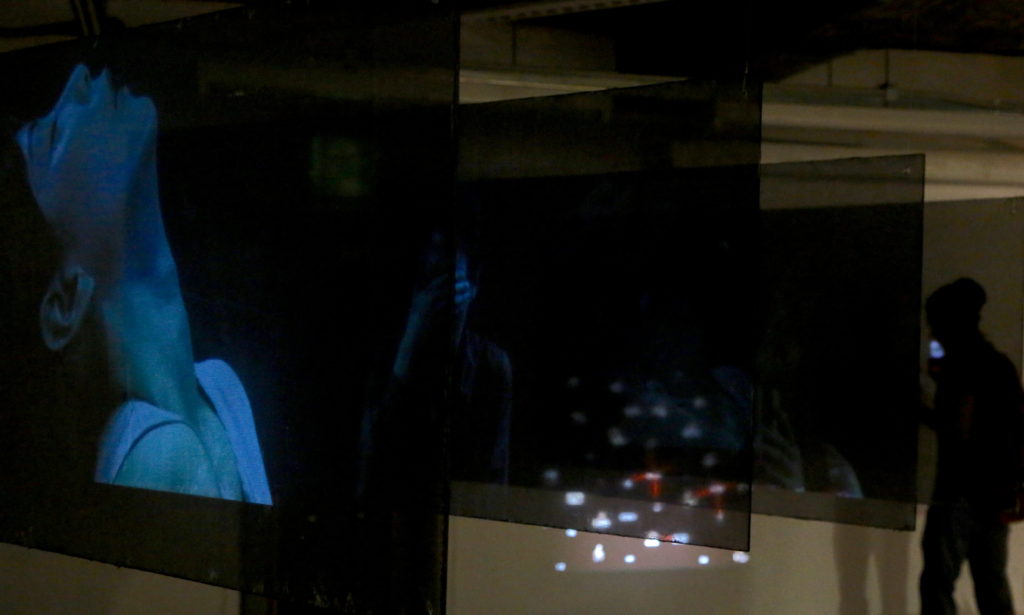 Differential of Memory interprets an individual as a set of memories. A set of memories forms unfixed and unlimited connections with that of another person’s. In this artwork, the chaotic process of forming various layers in a relationship is examined by using multi-channel video projections, light, and a visualization of the system network model. 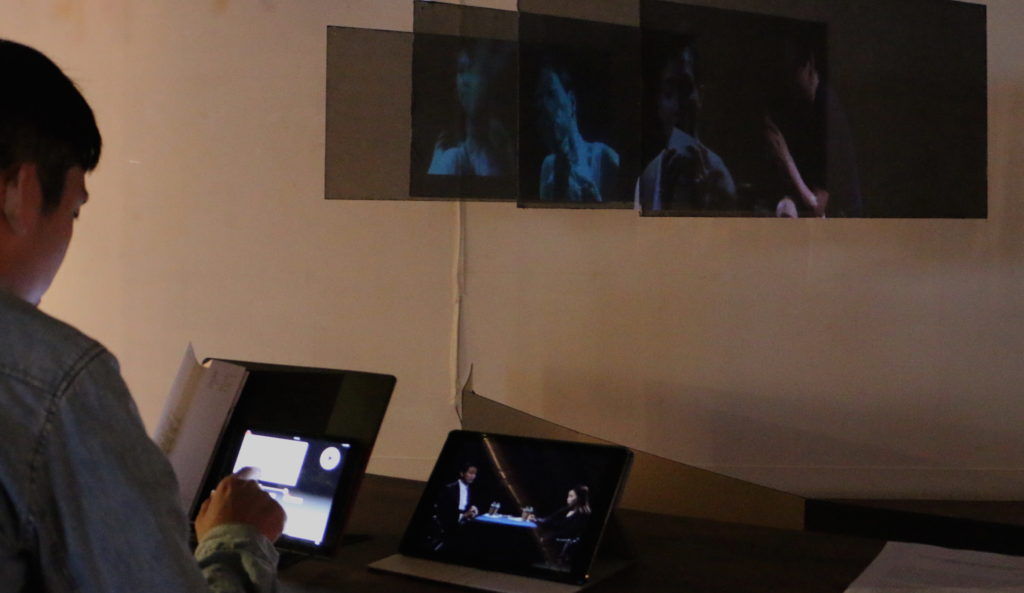 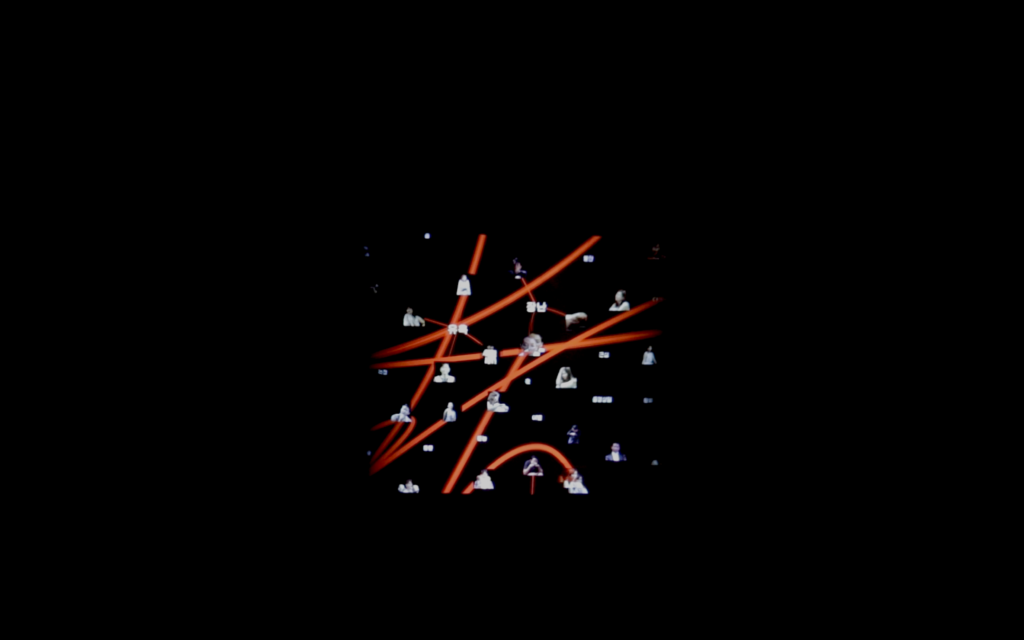 The montage displayed on the screens is generated by a dynamic network model, which utilizes user-defined tags on clips that are stored in a digital library and a tag timeline that can be edited with a simple touch interface. Each montage follows the general flow of the timeline but has underlying stochastic processes that produce new sequences each time a montage is generated. The connections between the tags, clips and timeline are visualized in real-time with a force-directed graph layout that moves nodes to their most comfortable viewing position. 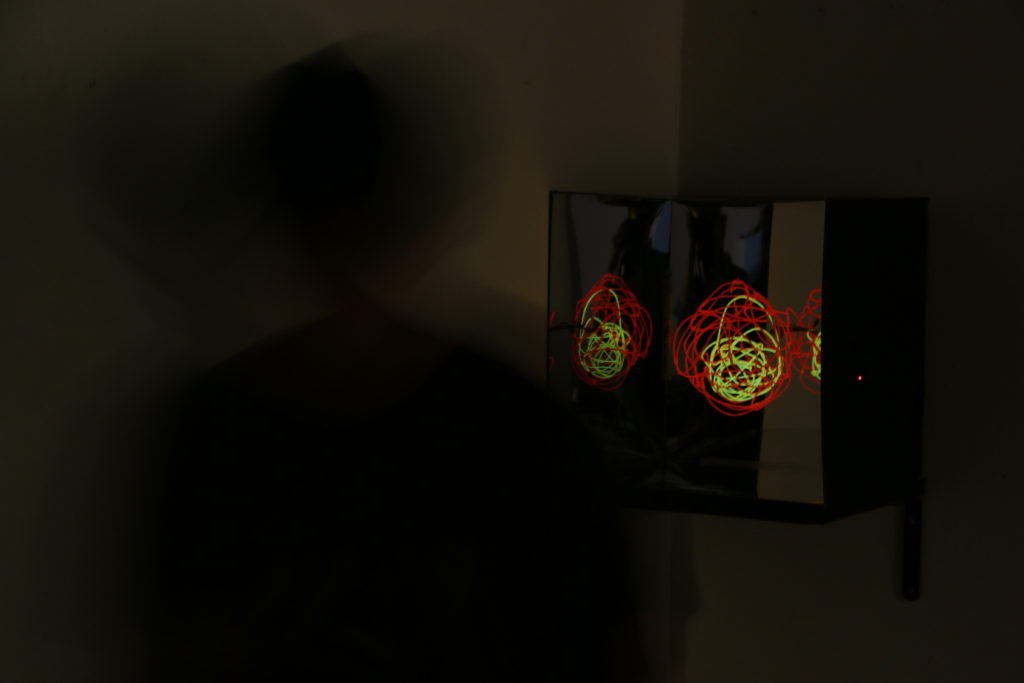 The affective light captures an elated moment by connecting the heartbeat or ambient illumination into an abstract shape of a brain.  It recognizes the heartbeats of a human and generates a lighting pattern according to the detected beating. The light also blinks at a low speed when the ambient light is bright, while it blinks at a high speed when the ambient light is dark. This light represents co-affecting variables with unfixed interactions in a brain, which may be analogous to the process of affective memory.